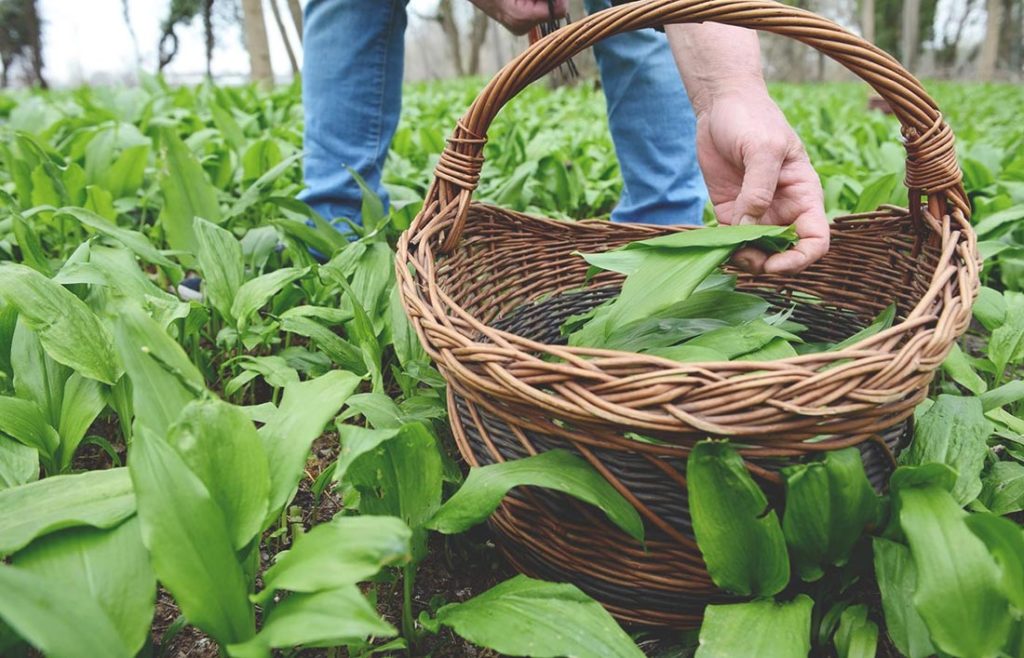 Wild garlic is, quite simply, a fantastic foraged product. Chef’s go wild (quite literally) for this delicious British wild crop each and every year.

What is wild garlic? 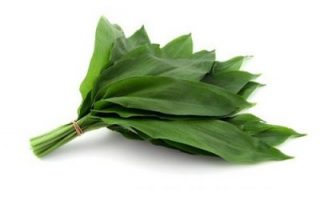 Wild garlic goes by many other names too. The common name for the wild garlic plant is ramsons, but it’s also known as:

The latter two on that list are names given to wild garlic as they’re a favoured foraging choice of bears in eastern Europe — likely due to their pungent aroma that would make them easy to find.

And wild garlic has been a commonly foraged product that been consumed by humans for thousands of years too. It’s easy to understand why it’s stood the test of time. It has a strong garlic flavour alongside a powerful garlic aroma.

Both the leaves and flowers of the wild plant are edible. The leaves are best eaten young, early on in the season. They have a delicious, sweet, garlicy flavour and are very versatile.

The buds begin to sprout flowers from April and can be harvested all the way through until June. They have a much more pungent, garlicy flavour that can add a huge kick to a variety of dishes. 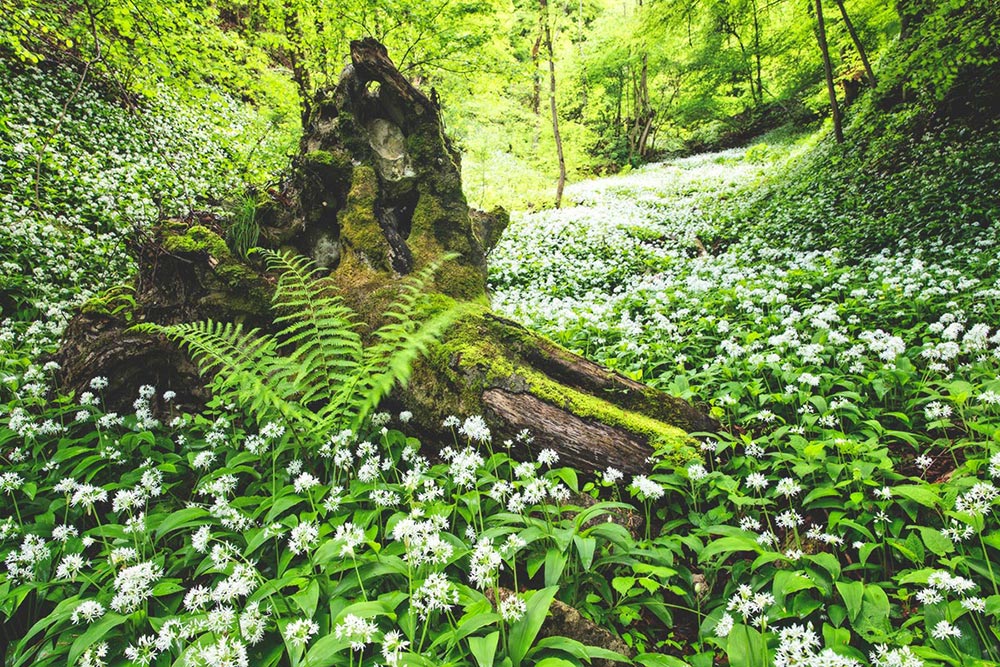 And then there’s wild garlic capers too. Around a month after flowering, the flowers start to turn into seed pods. These can be harvested whilst the seeds are still young, salted, dried and pickled just as you would with regular capers. The capers, however, are even more delicious with strong hit of garlic as you would expect.

In the UK, wild garlic is in season between February and June. In February, only the leaves will be present, and February and March are the best time to harvest them. By April, the flowers start to sprout and can be harvested right the way through to the end of the season in June.

How to cook with it

Wild garlic is a fantastic ingredient to cook with. The leaves can be used as a herb, boiled as you would a vegetable, or used as a salad leaf.

They make a fantastic pesto when blitzed up in place of basil. Or they can make for a sensational puree. 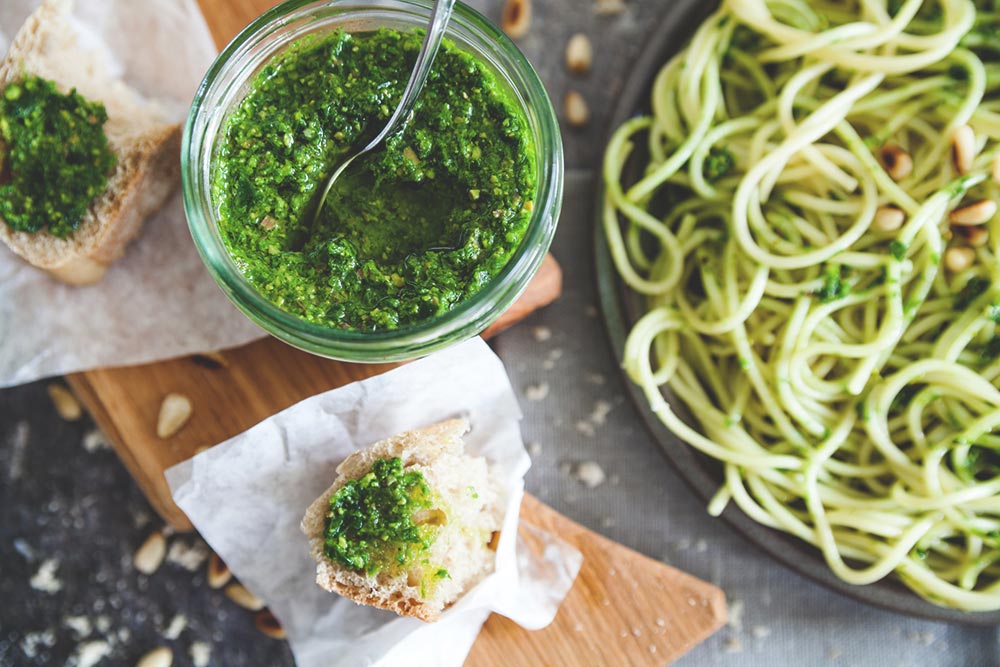 You can wrap them around lamb or fish before grilling to introduce a mild garlic edge. Or you can infuse butter with some chopped leaves to create a decadent wild garlic butter.

Where to buy it

Just like gull’s eggs, Jersey Royals and Fenland celery, this is a product with a short season. So it will pay dividends to work with a supplier who can be first to market and get a fresh bunch of this fantastic product in your kitchen before others can. And that’s where First Choice excel. We’re regularly first to market with a whole range of specialist and artisan products because of our long-established network of buyers and suppliers around the UK and further afield.

Get in touch with our team if you would like to discuss us supplying your restaurant.