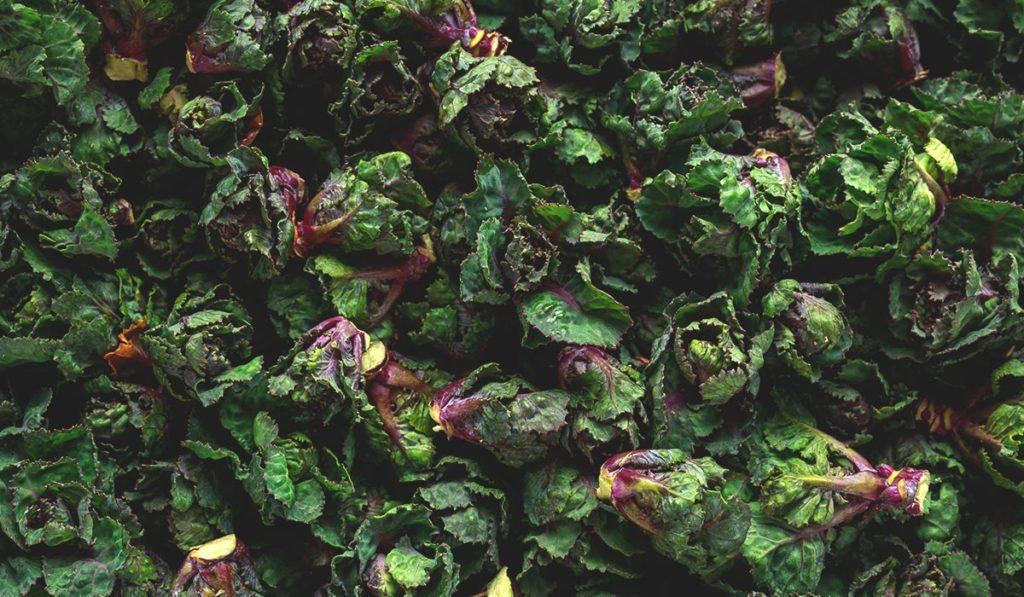 It’s the time of year when dozens of British brassicas are just coming into their best. And whilst you may know much about the run of the mill varieties — think red and white cabbage, cauliflower and broccoli — there are also many more specialist varieties that deserve a bit more of the limelight. One of which is kalettes.

Initially named ‘flowersprouts’, kalettes (pronounced ‘kale-ets’) are a member of the brassica family.

They’re actually a hybrid combination of kale and Brussels sprouts. They take their name from kale, with the ‘ette’ representing the small size of the vegetable.

They’re a mini, sprout-sized leafy vegetable that almost looks like a miniature cabbage. They have a deep green and vibrant purple colouring. Their leaves aren’t as densely packed as on a sprout, with a more ruffled look.

They were initially developed by the British seed house Tozer Seeds, located in Surrey. But kalettes are now harvested across the UK, as they are well suited to growing in cooler climates.

They’re sweeter in flavour than Brussel’s sprouts, which for many can make them a much more appealing alternative.

High in vitamin C and K, kalettes have become popular among health enthusiasts, who have branded it a ‘superfood’ due to the high nutritional value.

Kalettes have a texture much like kale, with the savoury, nutty flavour of a sprout. The cross-pollination of these two vegetables means that you get a crunchy and earthy addition to any dish.

When are they in season?

Seeds are sown in March with the young plants then being planted in the fields in May. From November, you can start to harvest your kalettes.

Kalettes remain in season from the middle of November through to March. This means they work wonderfully in hearty winter dishes or fresh spring salads. They could even replace the Brussels sprouts in a Sunday roast.

Kalettes are popular for their versatility and they can be implemented into a range of dishes in almost any cuisine.

Whether they’re served as one of the main ingredients or as part of a side, kalettes can be steamed, fried, sautéed, roasted, grilled and of course, eaten raw. Just like wild garlic, it also works great as a pesto.

As a relatively new vegetable, they are a great way to make your menu that bit more innovative and cutting edge too; delighting your customers with something new and exciting.

Get in touch without team now if you would like to talk about us supplying your kitchen with kalettes.