The humble potato has been a staple vegetable around the world for many years. In fact, its origins can be traced back to southern Peru between 8000 and 5000 BC! After the Spanish took over they brought the crop back to Europe, and from there it spread worldwide — including onto the shores of a little Channel Island called Jersey.

Today, Jersey Royal potatoes are one of the most coveted varieties of potato. Much like British asparagus and white and black truffles, their relative scarcity (compared to the abundance of their cousins) coupled with their short availability means that there’s a buzz when they come into season.

When is Jersey Royals Season?

Jersey Royal potato season usually runs from March through to July, with the peak of the season being in May, when Jersey can export as much as 1,500 tonnes of potatoes per day.

What makes Jersey Royals so Special?

Jersey Royal potatoes have been grown on Jersey for over 120 years. 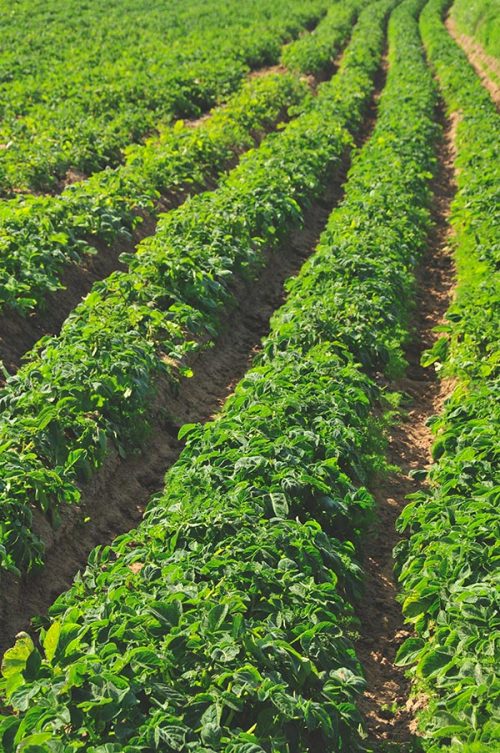 The island’s conditions are ideal. The island slopes from to the South and so enjoys lots of sunlight during the growing season. The soil is well-drained, light and nutrient-rich and the 20 farmers who cultivate Jersey Royals use locally-sourced seaweed (or vraic) to fertilise the land.

The first seeds are sewn in November under glasshouses with the bulk of the crop following suit outdoors from January to April.

The whole crop uses around 7,300 acres of land and whilst some of that land is flat and therefore accessible for harvesting machinery, the coastal fields are so steep that the crop has to be carefully harvested by hand.

Jersey Royals also benefit from a Protected Designation of Origin (PDO), which gives the product an authenticity and means that any Jersey Royals we source have to have been grown on the island of Jersey.

Yes, we do! Although they’re always in high demand. We’ll give you advanced warning when they imminent and let you know as soon as they’re in our warehouse. The best way to stay updated is to subscribe to our market report.

How to Cook with Jersey Royals

As with all ingredients as exquisite as these potatoes, your best bet is to keep things simple and let the ingredients shine through. Wash the potatoes but leave the skins on and boil until tender. Once cooked, serve with some top-quality gourmet butter (such as Beurre d’Isigny) and some fresh herbs, such as mint, chives or parsley, or even alongside some wild sea veggies.